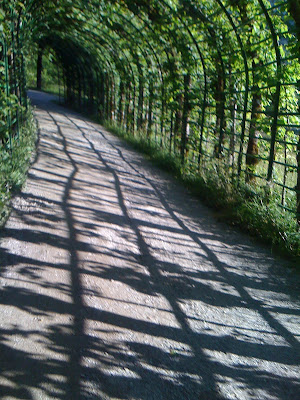 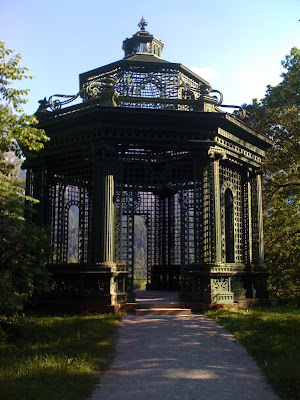 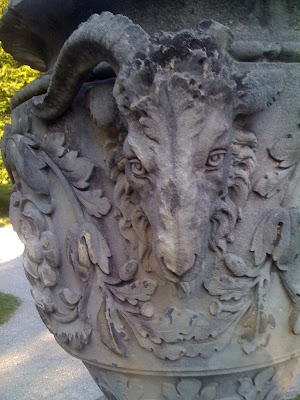 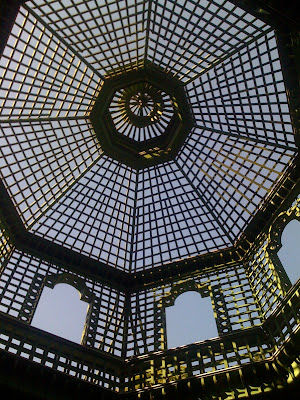 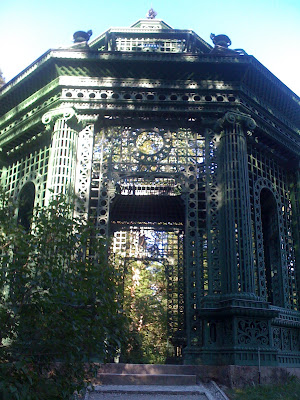 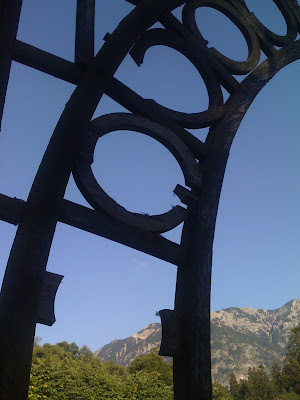 got to linderhof late in the day,
which was nice (avoided summer
hordes); became so enamored of
hilltop gardens and grotto that
i realized i hadn't seen anyone in
about 20 minutes. no one. anywhere.
then became a little concerned that
they'd closed the place with me in it.
(although...how bad would that be?)
anyway, the first pic is me practically
running down the deserted pathway
(well, taken during the jog) and the
others in this little group (all iphone,
for i'd filled up my other camera a bit
earlier) were taken about that time.
you're not allowed to take pics in the
palace. 'tho some did (on the sly), i just
couldn't bring myself to (except for
photos of front entry, when it seemed
a free-for-all; those will come later,
probably).
anyway, as you already know, the
palace is something else. each small
room might merit a week, at least,
of looking.
ludwig. what a guy.
(just got back, have had no internet
for awhile. more soon. hope your
summer is delightful and in full bloom.)