you are a friend of mine 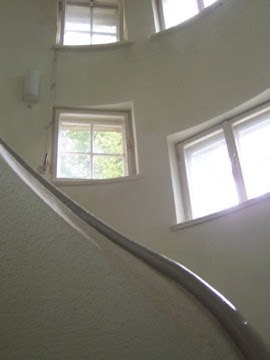 living overseas in the seventies, you honestly had to take what you could get at the post movie theater. there were no choices. the same movies would rotate through every couple of months. an unusual assortment. not exactly first-run stuff. my friends and i all listened to motown music. most of these friends, having grown up with said music, had excellent taste and knew how to dance. they were patient with me; i needed to learn a lot about music, even more about how to dance. we would go to the movies every friday night and saturday afternoon. there wasn't much else to do. we all had our own seats: everyone knew where you sat, and nobody would have dreamed of sitting in that seat. we were good kids. seventh and eighth graders. we had a lot of freedom, and i suppose we could've made trouble, but we really had no interest in it. we had a few boundaries, basically. living on an american army post that occupied a rather small footprint in a town that was lovely but truly foreign...there weren't many places to go. somehow we still had a lot of fun. i guess some kids pushed the boundaries, thinking back. but there was an odd sort of happiness we mostly all had. it seems, now, a kind of euphoria. maybe because we were the last people you'd have imagined being a group, an assortment as unusual as the movies that made their way to our theater. being together had an unexpected harmony that caught us a little off-guard. we just really, for the most part, liked each other. that was our good fortune. it created the sort of community feeling you might be lucky to have once in your life. then, maybe (surely), you'll long for it. later. again. and it was such a short time, eighteen months, that we were all there, our parents stationed in germany, our lives overlapping for only a sudden moment. when you're 13, though, eighteen months can feel like the rest of your life. stuff happens. every friendship can seem sort of mythic. every weekend held some sort of promise. promise of one movie one bag of popcorn and maybe a couple of sodas. promise in the shape of a thin paper ticket torn almost in half. promise of two hours sitting in-between your best friend and the boy you had a crush on. promise that he had a crush on you. although we spent all our time listening to al green marvin gaye the temptations the chi-lites chaka khan and rufus, the two movies that came to town that some of us sat through (it now seems) endlessly--the ones seared in the brain--are ones i wouldn't have imagined never forgetting. there was the last movie, i think, that elvis did; lots of vegasy stuff & that announcement that he's left the building. we sat and watched and watched. partially because it didn't seem real, that he looked like that. the white jumpsuits and all. but there was still such power in his performance. somehow mesmerizing. the other movie might not have been one you'd expect our motown-besotted crowd to adore, but we did. unforgettable. it was mad dogs and englishman. i fell hopelessly completely in love with leon russell's music. i haven't seen the movie since, and wonder now. but i would, at one time--had i been given the chance--have listened to him sing the song above every moment of every day. did i buy the album? i might have. but back then it was not so easy to listen to the same tune in endless loop. these days, far easier. just thought i'd share.