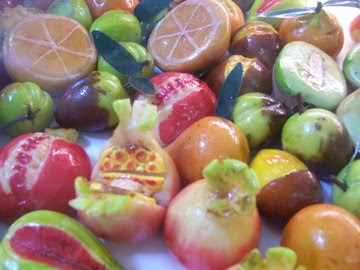 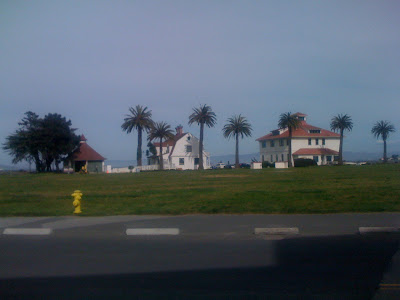 There were all kinds of wise words at the Start conference in San Francisco today.
AMAZING event, brilliant people, gorgeous setting.
Here, you will find a good thought for the day. It dovetails, somehow, with Matt's "Code is Poetry," Merlin's extraordinary and dead-on views about...everything? And all the other incredible Start goodness...
No comments:

Power Slaying on the Green Front Two great articles last week, both in the nyt, about control4.
Here, at last, the promise of a smart home system that also slays, whilst they sleep, the gluttonous energy-sucking dragons that we all have lying about the house.  (And, brave and gifted knights that we are, we can bring our dragons back to life upon demand.)
Read more, from the fabulous Michelle Slatalla, here.
Above, right, dear old Times Square...one of the greatest energy-sucking dragons of all time. But you gotta love it, scales and all.
No comments:

"Waste is Basically Stupid": William McDonough, On Redesigning Nearly Everything and Honoring Intention Still missing the beach at Waikiki, but getting on with projects at hand, and starting with a new focus on green design.
After a bout with building last year that left me scratching my head in wonder at the waste that seemed--to everyone on the project but me, I think--normal and "okay..."
{I'd like to digress here a bit, and ask: have you looked at a construction site (say, in suburban south silicon valley) lately and seen the contents of the dumpster? All manner of stuff that is clearly usable and recyclable...including things that would certainly better the lives of nearby, less-fortunate neighbors...are routinely tossed into humongous containers and then trundled off to "fill" some lovely, hidden land near Half-Moon Bay or thereabouts...}
...anyway, all the waste, so much of it hugely unnecessary, really is beyond distressing. Having grown up in a military family, we moved from post to post and learned to make do with what we had, to work with the materials at hand. (My mother has a genius for this, so I was tutored by the best.) One didn't tear down walls and install grandiose granite sepulchers to impress the neighbors. It wasn't impressive, and it would have been considered (among other unseemly adjectives) wasteful. (Additionally, the Post Engineers would've been mighty steamed had we done this in assigned Quarters.) We made the best of what we had, and it gave me, for one, a sense of pride and purpose.
Waste-not, want-not is really not so old and musty, is it?
Anyhow, the clear ideals of green design have seemed right to me for a long time, but the reality of most green design, until lately, is that is has simply not been awfully cost-effective to implement, especially not here in suburban south silicon valley. People on a budget (read, many of us) have a hard time, in the midst of building/renovation, springing for the extra green-contractor costs (even though going green saves so much in the future, one still has to pay the bills in the present).
Thankfully, that seems to be changing...albeit, slowly. Which brings us to William McDonough and the C2C certification that the firm of MBDC has been awarding products, of late. It is the wave (aha! I have tied in the beach shot, non?) of the future and worth looking into now. As the demand grows, the products (and those who sell them) will surely become more main-stream, one hopes, and costs will become more market-place friendly (one hopes). While one is hoping, let's keep our fingers crossed that the contractors and subs who deliver this brave new world of green will do so with integrity and pride. Yes, one can continue to hope.
See, in this section of the New York Times, the notes on "Beyond Waste," from Jon Gertner (you'll have to go to the second page). Wonderful things have begin given the C2C certification...Herman Miller Chairs, USPS envelopes...and this is just the beginning. Gertner writes: "To McDonough, his certification is a point of entry into the world that he's imagining. 'It honors intention,' he says. 'And I think that's really important, given that we have to redesign nearly everything...' "
"As McDonough recently put it, 'waste is basically stupid.' "
The waste-not, want-not Army Brat in me couldn't agree more: making the best of what we have.
Let's plan on redesign for the future, let's use what we've already got from the past, let's set about acquiring less right this very moment.
No comments: