Benjamin Pollock was probably the only a shop-keeper in Hoxton, once a down-trodden district of East London, to get a Times obituary. When he died in 1937, aged 80, he had kept alive the tradition of toy theatre publishing for sixty years, and was visited by famous people - actors, authors and celebrities, including Robert Louis Stevenson and Serge Diaghilev.

There are still people living who visited Benjamin Pollock's shop and remember his old-world courtesy and dogged persistence with his unusual trade. Pollock's Toy Museum is named after him, because after his death the stock of printing plates and printed sheets of characters and scenes was rescued and set up as a new business. In the 1950s, Marguerite Fawdry added a museum of Victorian toys to put the toy theatres in context, and Pollock's Toy Museum was born."

The Atom Secrets, 1950, by Malvina Cheek 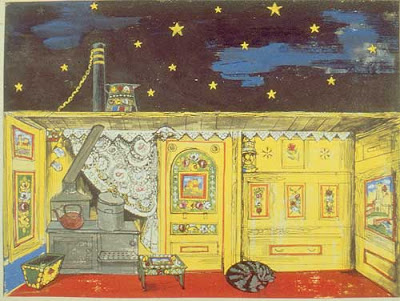 Canal boat cabin from
an unpublished toy theatre play.
from
Pollock's Toy Museum
"Malvina Cheek painted a set of scenes for a new toy theatre play written by George Speaight, which was intended to be published by the revived Pollock business. In the modern-life story, two children go in pursuit of robbers who have stolen their father’s briefcase, with the help of a local canal boatman and his wife. The folk art of canal boats was appreciated by many of the same people in the 1940s who revived interest in toy theatre, including George Speaight and Malvina Cheek’s friend, Barbara Jones."
No comments: 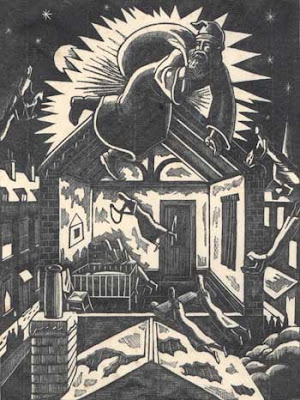 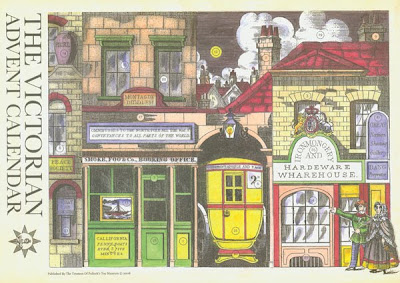 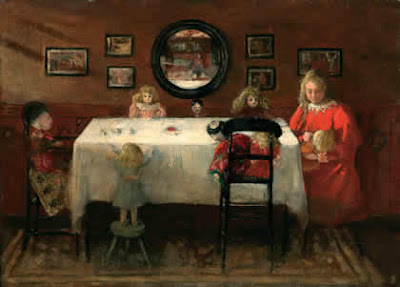 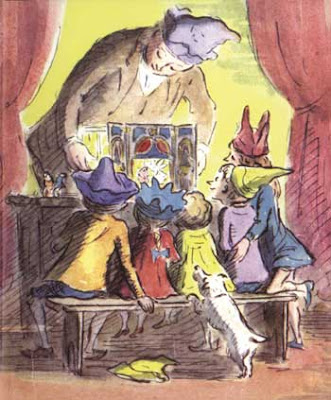 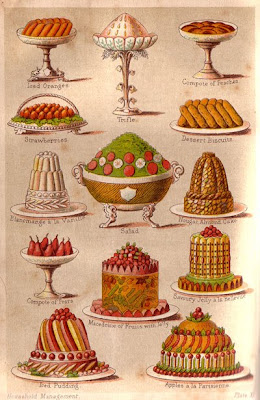 from
Mrs. Beeton in Heaven
by M. B. Goffstein
"...Miss Go Chi
Can you
Make it
Without mace

Of sugar,
2 teacupfuls
Of butter,
A teacupful

Of milk
One table-
Spoonful
Of caraway

Seeds
½ teaspoonful
Of carbonate
Of soda

Paste thick
Enough
To roll out
Is made

Make into
Small cakes
And bake
In a quick

Any
Other
Questions?
Can you

No question
about it.
Wishing
M. B. Goffstein
the most
delectable of birthdays,
and many more.
More Mrs. Beeton in Heaven, here.
No comments: