the angels are lost in perpetual contemplation of an infinite glory 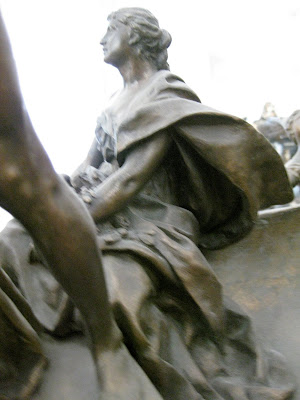 Someone who means the world to me sent, years ago, a card that has become a lodestar, one of my greatest treasures; the thing that's special is the love with which it was created, that it is written in her hand (which is unmistakable and fills me with happiness), and that it has two quotes which have come to represent more than I can say. The first, from St. Augustine:
Lord, our hearts are restless
until they find their rest in you.
The second?
It refers to a work in progress.
Things take longer than you'd like, sometimes.
(The journey, though, is good.)
I'm hoping to take a break from blogging.
It's summer.
There are fireflies to catch.
(but one never knows)