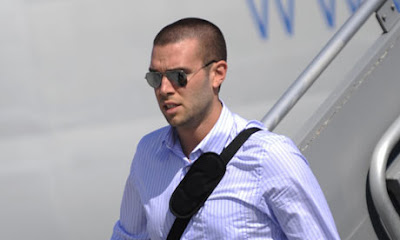 This is absolutely fascinating, from
Ed Pilkington in The Guardian, on Favs:

"...Jon Favreau, 27, is, as Obama himself puts it, the president's mind reader. He is the youngest chief speechwriter on record in the White House, and, despite such youth, was at the centre of discussions of the content of today's speech, one which has so much riding on it...

Obama is an accomplished writer in his own right, and the process of drafting with his mind reader is collaborative. The inaugural speech has shuttled between them four or five times, following an initial hour-long meeting in which the president-elect spoke about his vision for the address, and Favreau took notes on his computer.

Favreau then went away and spent weeks on research. His team interviewed historians and speech writers, studied periods of crisis, and listened to past inaugural orations. When ready, he took up residence in Starbucks in Washington and wrote the first draft. The end result will be uttered on the steps of the Capitol."

We all know how this turned out. Pretty cool.

Favreau, above. Looking kind of like the rock star that he is.