remember what good kindness can bring 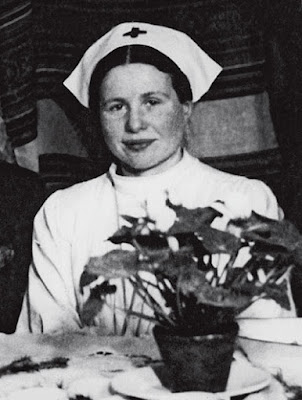 They say that, even when the mind doesn't (consciously), the body remembers anniversaries.

20 years ago, this month, my husband and I and our three adorable babies moved to California for a few years. We are still here. It is home, I suppose. Now.

But it is another anniversary that haunts me today.

About 18 years ago, thrilled to have the chance, I trotted my portfolio (mostly pen and ink illustration, some watercolor, a good dash of calligraphy) to a conference at Asilomar. It must have been a Society of Children's Book Writers thingee, or some such pow-wow...the people were engaging; charming, really. The architecture was heavenly (that's what I remember most fondly). There was a woman there who told me I had such delightful energy and remarkable confidence...she thought I brought great things to the conference, and hoped to be like me someday (I thought she was sweet, rather odd, perhaps a little misinformed...but I appreciated that she went out of her way to say this).

In short, I was on top of the world. I had been working at a darling children's bookstore around the block from where I (still, and have for the past 20 years) live. For most of the conference, I tooled around the scented grove and salty shore [that is Asilomar] with a delightful owner of said bookstore and an intriguingly worldly editor named Sally (please forgive me, Sally, I no longer remember your last name). They were fun. It was a blast. Again: I was on top of the world. To make matters even better, I was thin. (Well, thin for me. Which is not totally thin for others, but made me rather photogenic. I can only say this, now, because it was almost 2 decades ago, and I am almost 50, and when you are almost 50 you better learn some things are pretty amusing in retrospect and you better have a good sense of humor...because there is not enough botox, squishy happy silicone, clever scalpel work or reforming spanx to make you more fun to be with. It all about the innards, girls. Innards as in: soul. Not piping.)

Anyone that has written more than one paragraph in their life knows there is a speed bump we're about to hit.

At the end of the conference: the portfolio review.

The art director, from a major (MAJOR) publishing house, perused my portfolio and calmly told me to return to art school.

This was AFTER (after) I had produced my final piece, very well-matted (I slaved over the matting and presentation and every single bit of the that stinkin' portfolio, and...I promise...it wasn't perfect, but it was good. Good enough not to be treated the way he treated it)- anyhow- final piece of the portfolio: a small but brilliantly wise photograph of those three babies (their ages, then: 4, 5, and 7).

I calmly said, at the end of the presentation: these are my greatest works of art. They always will be.

They...soon there were four...have always been the greatest works of art I know. (They are, now--of course--their own works of art, their own people. And even more magnificent for that.)

And the Art Director simply said, with scarcely a glance: get thee back to art school.

I mention this because, in the past few years, mentors that I could never have dreamed of have come into my life.

They are not just mentors: they are dear and trusted friends, people for whom I would go to the end of the earth.

The other thing I know, at almost 50, is that there is no book, no job, no house, no car, no handbag, no rock that will make the difference that love makes. And I am blessed in my friends and family and I have a debt of gratitude to those I love...including these mentors. (And you know who you are.) How can I thank you enough?

Perhaps thanking someone enough can't be done. But that doesn't mean I won't try. To return the love that has been given to you is, perhaps, the greatest thing we can do in life. Don't you think?

Here's the funny thing, the thing I thought of this morning that prompted this entire post.

It's quite possible, a few years before he reviewed my portfolio, that (maybe, just maybe) I saved his life.

You'd think I might have told him that, before, during or after the review that changed my own life (by throwing the verbal equivalent of dry ice on my desire to write and illustrate for most of the next two decades)...

That art director had had an awful seizure, falling to the ground and convulsing, horribly, at a talk he was to have given, two or three years earlier, at an SCBW event in San Francisco (we were all assembled in one of those sterile rooms that are often attached to churches, and waiting patiently at our desks for him to talk). I had just moved to California. This was my big day away, (magnificent) husband watching the kids, me hoping, praying, wishing for at least a small chance to be part of the book world. I didn't work in the bookstore yet. The next twenty years were like a shimmering mirage ahead of me, a delight...

The art director got up to speak, and seemed to become tongue-tied. I remember him twisting his body a bit, a stutter, his hand near his collar, a few choked syllables. We were a bunch of novice writers. No nurses. We all waited, uncomfortably (every person in that room, I know, sent their heart out to him...was this an ongoing physical malady, or a momentary and obscure working of the brain? Who ever knows, when they see these things happen? We didn't, I'm sure).

After what seemed like a small eternity, he dropped to the ground, writhing. There were horrible sounds. Women flocked around him. Someone went for water.

I got up and calmly (my parents raised me this way: in the gravest situations, you absolutely do not clutch) searched the church anteroom for a pay phone (yes, dear reader, it was before the ubiquity of the cell). I called 911. The ambulance was there in 5 minutes. (It seemed like eternity, again.) They took him away. We all sort of acted like nothing had happened, said courteous good-byes, and left.

There were no other phones in the area. No one else went to the phone. There was no need for me to tell anyone I called 911. I just did it. It's not a big deal that I was the one that did it. It wasn't then, it never will be. It just needed to be done. The only reason I recount this all is that I wonder...

With no follow-up information, we never knew what happened that day. We were all too polite to discuss it, as far as I know. But, when the medics put him on the stretcher, he seemed to be barely alive, scarcely able to draw breath.

Here's what I wonder: who knows what would have happened, two years later, if the breath he drew (while poring over my portfolio) had released a kinder word? I was too polite, still, to tell him I had seen him writhing on the floor in the church hall. After he summarily dismissed my work (and me), I was too shocked to remember that I was a good person, that I had (even if it was only in some small way; perhaps he would have been okay without an ambulance) helped him. And it was a very long time before I thought of myself, again, as a good artist.

There is only one thing to take away from all of this, after all these years: remember what good kindness can bring.

For years, it has been a dream of mine to be, someday, a mentor. Dear mentors, dear friends, dearest family: if I may love and mentor only half as well as you, I will count myself the greatest of successes.

With blessings and love, from this sweet Sunday on, to all who read this. Happy anniversary. We are lucky to be here.

photo, above, of a true hero:
Irena Sendler

Email ThisBlogThis!Share to TwitterShare to FacebookShare to Pinterest
Labels: bliss