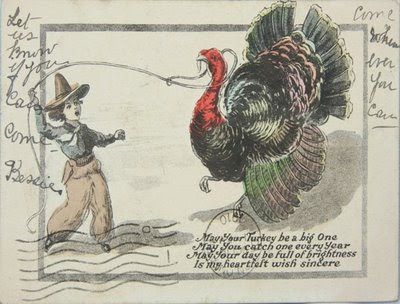 Just in the nick of time.
Stuffing (original recipe ingredients):

I at least double all of the above ingredients. Sometimes even more than double.

And I usually get all OCD and decide I have to make the bread cubes myself.
Sometimes I buy them in bags, but they have to be good bread cubes.
I think Pepperidge Farms has come through at times, but it can be tricky. The nicest thing is to cube day-oldish (artisan, sourdough, something with a life) bread and put it in a skillet with olive oil (sort of a lot) and toss it around for awhile until it is fairly crisp and olive-oily. Here is another tricky part: don't eat it all. Don't let anyone else eat it all. Threaten them with wooden spoons if necessary.

Okay, so you have some bread cubes (you could plan ahead for this).

In skillet: heat butter (here, I add olive oil, also) add onion & garlic & cook until almost lightly browned. Add mushrooms and cook 'til soft-ish (but not too long). Add olives. Add parsley (if you want. I don't think I have for years) and bread cubes. Toss it all around well, but gently. Then add basil and oregano (usually more basil than oregano, I think) and toss gently some more. Then you add, carefully spreading it around and not on anything that's too hot, so that it doesn't congeal and look like fried egg, the egg mix. Toss it.

At some point (maybe even around the time of mushrooms and olives), I add wine. Starting with a little (maybe a quarter of a cup) and then adding whatever is necessary. It seems like some years the bread soaks it up and needs a few cups (never more than two but maybe a little bit more; it depends) and some years it just barely needs any.

So you just mess around with this and taste it some along the way and when it's done put it in a covered casserole (or uncovered, if it's a bit on the too-moist side) and let it sit quietly in the oven for maybe 20 minutes to a half hour. At 350 degrees. I think.
Goes without saying that you don't stuff the bird, these days. (I just put carrots and onions and garlic cloves and maybe some celery and a few sprigs of herbs in where the stuffing used to go. And maybe half a meyer lemon goes in, too, because they grow in the front yard.)

If the stuffing's done done early in the day, pop it in the fridge and then cook it just before dinner.