Over the Backyard Fence 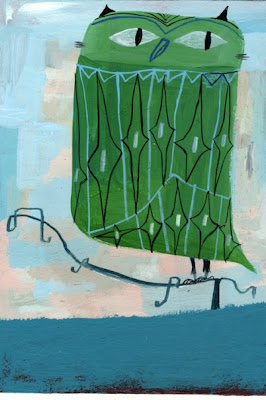 I was fifteen when we moved in next door, and babysat their children a few times. They had three little blond boys with an extreme amount of energy. Wore me out. Sweet kids. The youngest could ride a trike like nobody's business. Fast. Really fast. (He's an architect now.)

A couple of years later, on a muggy summer evening, my best friend and I permanently borrowed a couple of beers from their back yard cooler during a party. This would be no big deal, but i guess we were still in high school and a few months away from the legal beer-drinking age in Virginia. (I didn't remember this, but the Pilots did. It was a good story.)

The Pilots were our neighbors. Mike was a terrific gardener. An amazing dad. He had a laugh you'd never forget, perfectly marvelous.

I met their nephew one summer. Over the backyard fence. An interesting boy, visiting his aunt and uncle after science camp. He lived in Alaska, on a Aleutian Island (a Navy family). Nice kid. (Strange place to live, Alaska.) Cute, but (I thought) younger than I was. I was almost a junior in high school! So very worldly. Talked to him for a few minutes, walked back in the house. I'm sure I had such important things to do, and not a lot of time to visit with members of the neighbor's extended family.

Three years later, that boy was back in town. His aunt and my mom set us up: a blind date, the first for both of us. (I suppose if we had remembered meeting each other at the fence it wouldn't have been blind.) His family had relocated. He was going to the Naval Academy in the fall. He was still cute. Turns out we were actually the same age.

After the date, he drove me back to my house and my mother asked him if he wanted to stay for filled peppers. He said thank you. He loved filled peppers.

I wonder if I know how to make filled peppers? Would our four kids like them as much as their dad does?

I can't begin to wonder what life would have been like if we had never moved next door to the Pilots when I was fifteen.
They introduced me to the love of my life.

Uncle Mike, we'll miss you. More than we can say.
It has been an privilege to be a member of your extended family. It was an honor to know you, to see the grace with which you lived, to know how well you loved your boys, their families, Aunt Mae.


Owl: The Art of Calef Brown