Holly Brubach. "Once Upon A Time, It Had Your Name All Over It." 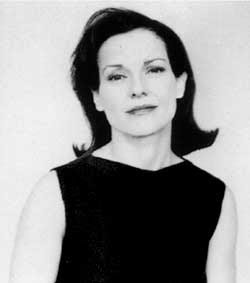 That Thing You Buy
HOLLY BRUBACH
New York Times | Design | Spring .o9
In 1985, a brash new pop star named Madonna, channeling Marilyn Monroe and surrounded by a chorus of men proffering diamonds, declared that we were ‘‘living in a material world’’ — a proposition that at the time seemed provocative and even a little crass. By today’s standards, the song’s music video, a campy anthem to ’80s excess, looks unbelievably quaint: the party was just getting started. And now it’s over. We woke up one morning to discover that we had too many toys and no retirement. Somewhere along the way, our entire economy came to be based on consuming stuff. Waving the flag for those who persist in the belief that shopping will be our salvation, Louis Vuitton’s ad campaign this season features the Material Girl herself.

Lead times in book publishing being what they are, Deyan Sudjic could not have foreseen that the culture he was writing about would come crashing down before he sent off his manuscript for ‘‘The Language of Things: Understanding the World of Desirable Objects’’ (W. W. Norton & Company, June). The book reads like ancient history already, recapitulating our obsession with material goods, disentangling the multiple strands of desire and emotion that have bound us to our possessions.

Like all the best critics, Sudjic articulates a philosophy of his chosen subject, identifying design as ‘‘the DNA’’ of a society, ‘‘the code that we need to explore if we are to stand a chance of understanding the nature of the modern world.’’ Considering fine art, the condition to which many designers now seem to aspire, Sudjic remarks on the ‘‘curious paradox that even the most materialist of us tend to value what might be called the useless above the useful.’’ By these standards, he concludes, Gerrit Rietveld’s Red Blue Chair, in the Museum of Modern Art’s design collection, ‘‘remains to a certain degree stigmatized by the fact of being useful’’ when compared, for instance, with a Mondrian painting and its utter lack of utility. 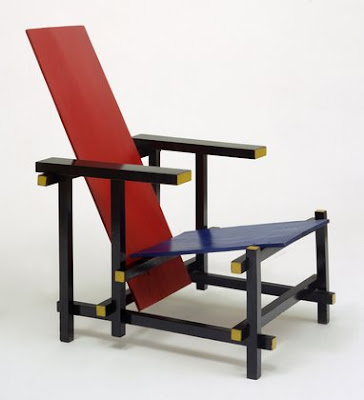 Gerrit Rietveld’s Red Blue Chair
A big thinker given to bold statements, Sudjic proves an entertaining commentator and, for those who bring their own opinions, a worthy adversary. ‘‘If there is one thing other than a chair that every designer wants to have put their name to at least once in their career,’’ he contends, ‘‘it is an adjustable light.’’ News to me. In what seems an arbitrary association, he attributes the black finish and contrasting red control switch on the Tizio lamp to the Walther PPK, a black semi-automatic pistol with a red indicator for the safety catch.

Sudjic is at his best analyzing contemporary designers and their work. Philippe Starck, he claims, ‘‘has only one trick, and it’s a good one: his childlike view of the world.’’ In Marc Newson’s Lockheed Lounge, he identifies a variety of influences, including André Dubreuil and the French decorative arts, ‘‘Australian hedonism’’ and ‘‘the stressed-aluminum skins of the early days of commercial flying.’’

It’s when we get to luxury that Sudjic’s bravura begins to falter. What does luxury stand for anymore, now that it’s been rendered meaningless by a flood tide of status handbags and gourmet kitchen gadgets? ‘‘Scarcity can make luxury from the simplest of things,’’ Sudjic writes, as anyone who has ever gone camping can attest. ‘‘Luxury in an age of abundance is harder to get right.’’ More to the point, what is luxury in a time of economic collapse? Today’s definition would be freedom from financial worries, which is getting harder to come by all the time.

Still, it’s fun to read Sudjic’s terse indictment of a gold-plated cell phone pretending to be fine jewelry while its technology will be out of date in six months. ‘‘Rather than gold adding luster to the phone, the phone undermines the prestige of gold as a material.’’

Armed with nothing but his slingshot and a few choice words, Sudjic takes on what he calls ‘‘the fashion monster’’ for co-opting and exploiting other forms of visual culture, for shaping almost every other industry, for engineering built-in obsolescence as the driving force behind cultural change. ‘‘What has fashion done to design?’’ he asks. ‘‘What has it done to art and photography and architecture?’’ Good question. The answer is a book, and I wish Sudjic would write it.

Sudjic writes from the perspective of a willing participant in the consumerist binge we’ve all been on, noting ‘‘the bulimic fluctuation between gratification and self-disgust that comes from the compulsion to acquire too much too fast.’’
In an epilogue that feels like a hasty addendum, he wonders what will happen to our ‘‘narcotic addiction’’ to acquiring new things. ‘‘After excess comes sobriety,’’ he predicts, not by choice but because we can’t afford to get high. A nation of addicts forced into sobriety is not a happy prospect. Time to rethink the pursuit of happiness.
After two decades of defining ourselves in terms of our possessions, we now need to figure out who we would be without them.

[Mentioned this article on April 19th, and there were requests for it. Here it is, in it's entirety.]
More on Brubach: at Home, at NYT/Living in the Age of Entitlement (thoughts, here, from the Stone Street Press) and so on, & on all things vintage. Books, here.