the intention of doing 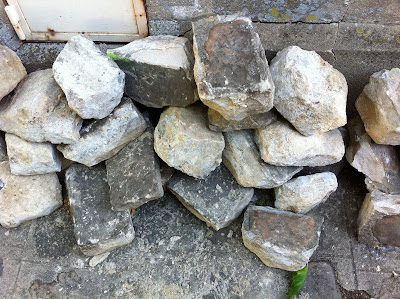 some people wake up & first thing in the morning
they center themselves: prayer, meditation, some sort
of devotion. a handful of my closest friends do this. i often
intend to. it takes five minutes, maybe ten. (or a bit more.)
not much time. but the people who practice it, those i know-
that bit of time they spend- it's clear that that time changes
their lives. (it's in their eyes; a peace others don't have. it's
in their lives, too. but that's another story.)
in the latest issue of rolling stone, the dalai lama mentions
this practice (it's something he has talked about often-
there's a good interview in the magazine).
devotion. & to something bigger.
to live it, though?
how, exactly?
not
just to intend
to live it.
somewhere in madrid saw an english translation (post
title) of something picasso said. tracked it down here.
more (Pablo Picasso to Marius de Zayus) follows:

"In art intentions are not sufficient
and, as we say in Spanish:
love must be proved by facts
and not by reasons.
What one does is what counts,
and not what one has the intention of doing."
(brought to these thoughts today by this)