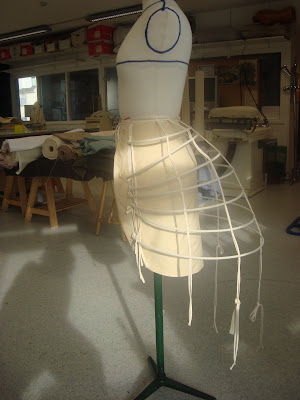 after i stopped thinking about tumbleweeds, i
started trying to figure out how i could pull off
dressing in a way that pretty much looked last
century. at seven, i became certain that the road to
happiness would be growing up and being able to
look like someone who'd just stepped out of an
edwardian carriage (on an edwardian street in,
of course, an edwardian outfit). there's no doubt
it was not quite the usual. what little girl obsesses
about these things? (two years later, we moved
to kansas and it was all about poke bonnets and
pioneer dress.) 'tho i did get a pair of coveted go-go
boots. adored them. they were white. and shiny.
it was, after all, the sixties.
looking back, i'm sure i'd fallen in love with
constitution island and the warner's rooms
full of marvelous dusty and exceedingly tidy
books; and, of course, we were surrounded by
boys -- charming boys -- in uniforms that hadn't
much changed since those warner sister days.
(why shouldn't i have dressed to match?) at
west point, the air felt magic. being there, on
that sweet hudson river, seemed good fortune.
charming underpinnings, photo:
L'écaille de la sirène